I truly believe food is love; it calms the soul, and lightens the heart. I am pleased you are here to share my many recipes, crafts and thoughts. Thank you so much for joining me, and may you always eat, drink, and be merry! 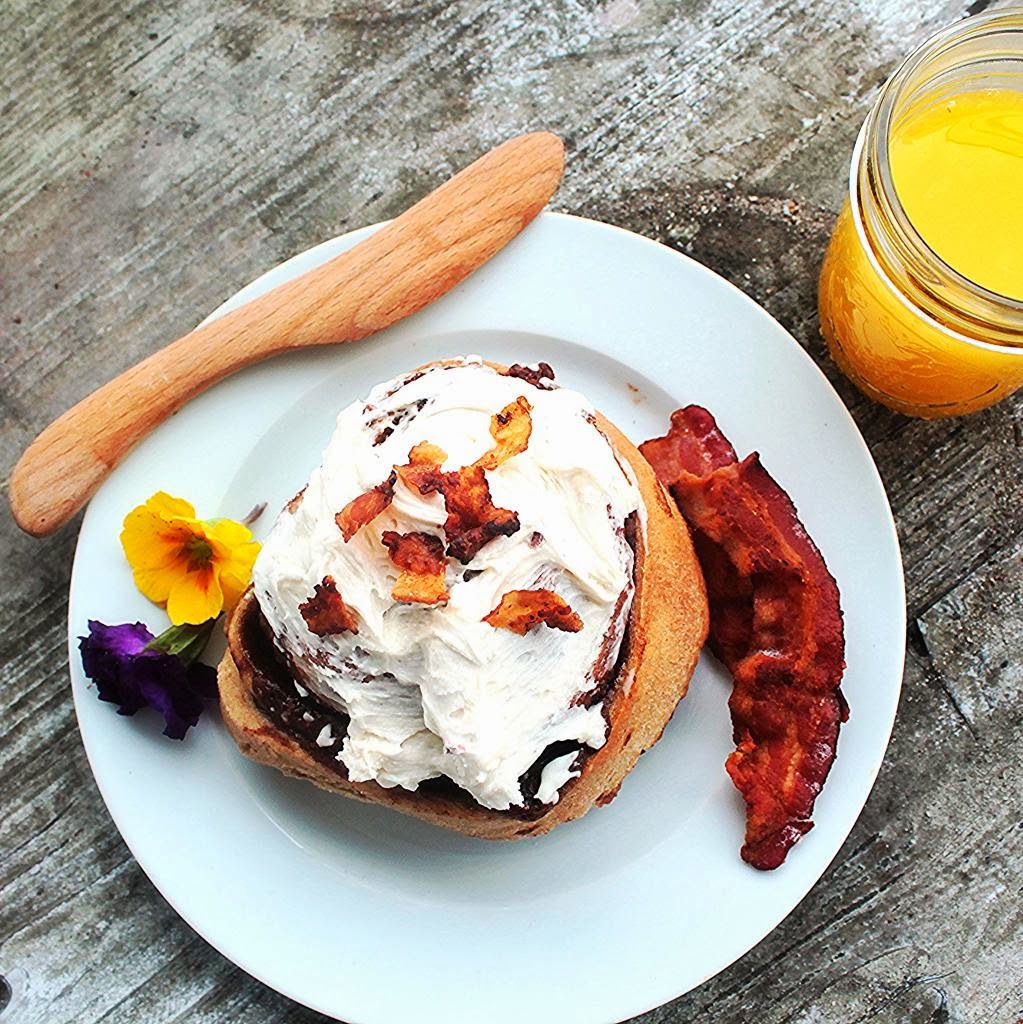 Cinnamon rolls remind me of Christmas morning.  I don't know why, I honestly don't think I have ever had a cinnamon roll for Christmas breakfast. They just seem like the perfect comfort food for a snowy day. 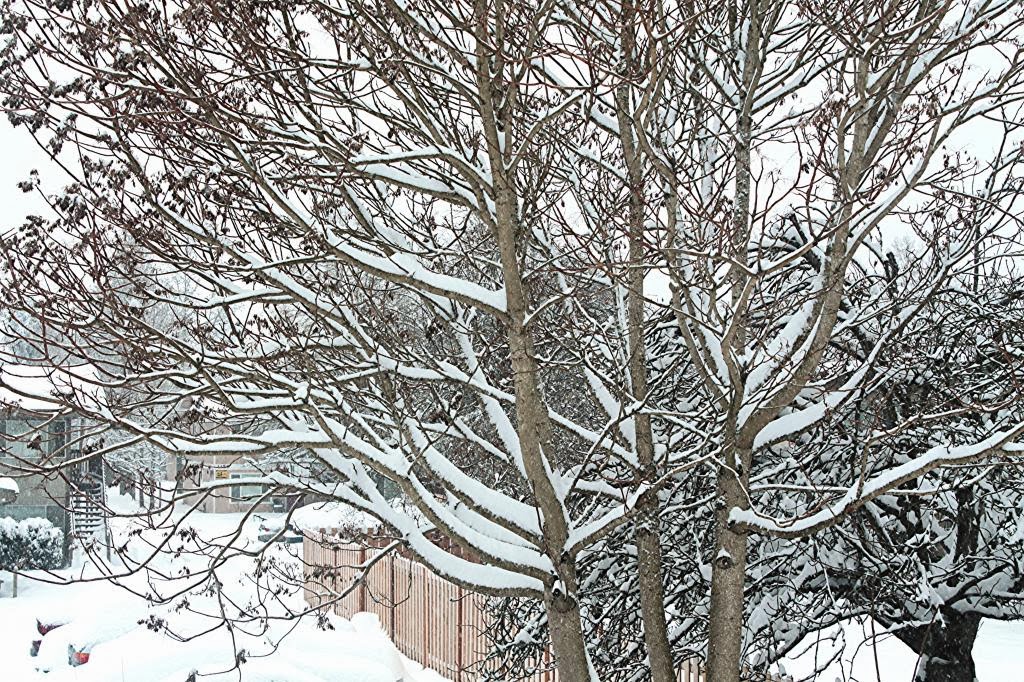 It began to snow yesterday, which is highly unusual for Corvallis, Oregon.  And when I say snow, I don't mean a few inches; we are over a foot now and it's still snowing. 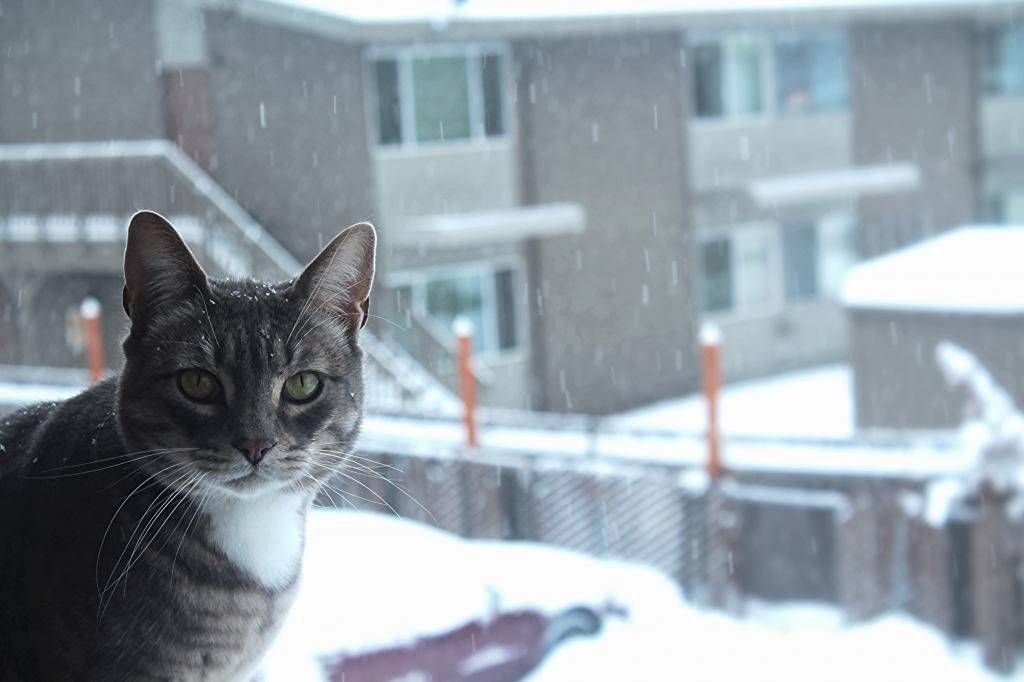 I made the cinnamon roll dough last night, and rolled it up with the delicious brown buttered cinnamon-sugar filling on the inside.  This morning I baked them off.  While they were baking I prepared the Maple Bacon Frosting. 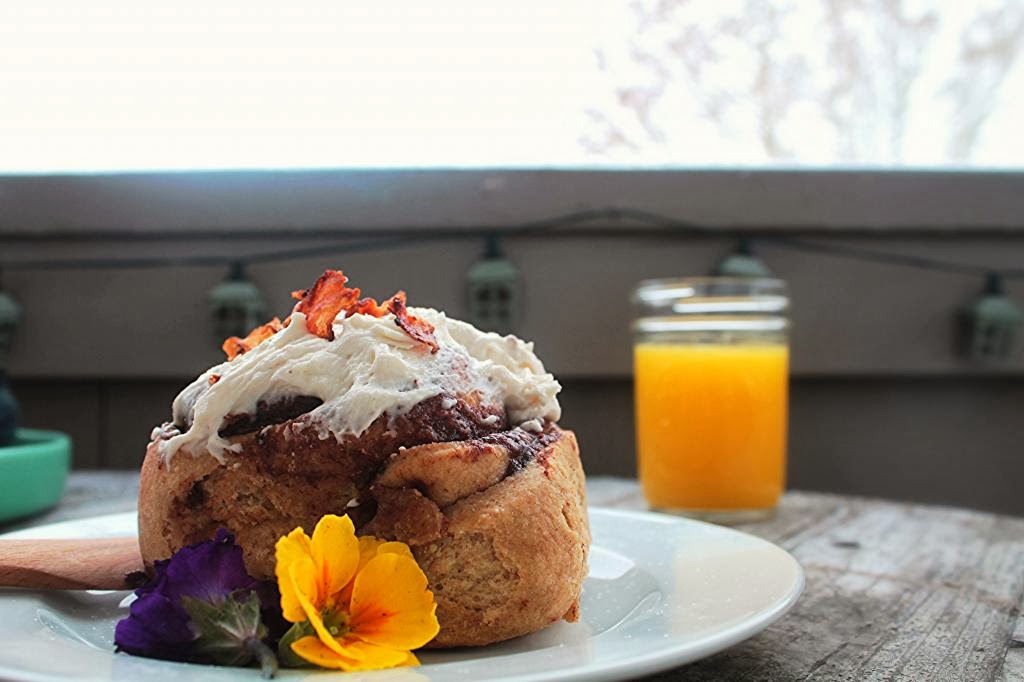 When I make food, generally measuring goes out the window, so I can tell you the ingredients I used and roughly how much of what I put in, but it won't be exact.  Half the fun is experimenting anyway right?!

The cats could NOT stay away from the bacon scent.  I kept having to fight them off while I was taking pictures! 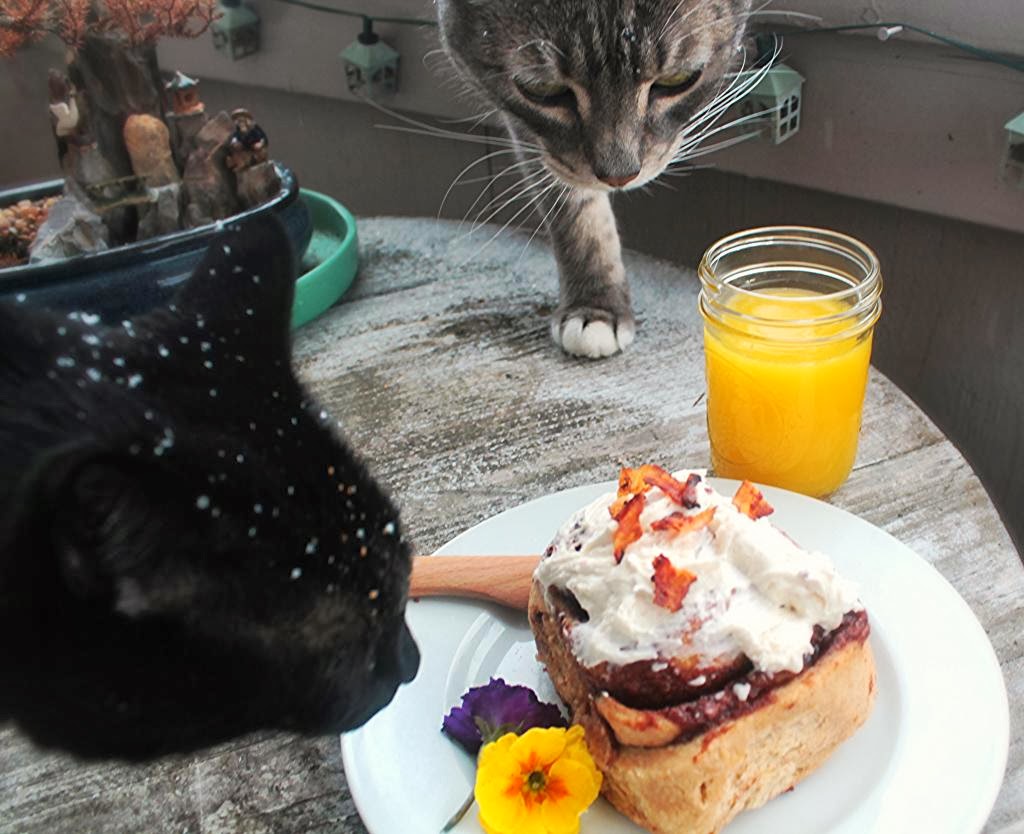 What horrible manners they have...who raised these animals?! Goodness. 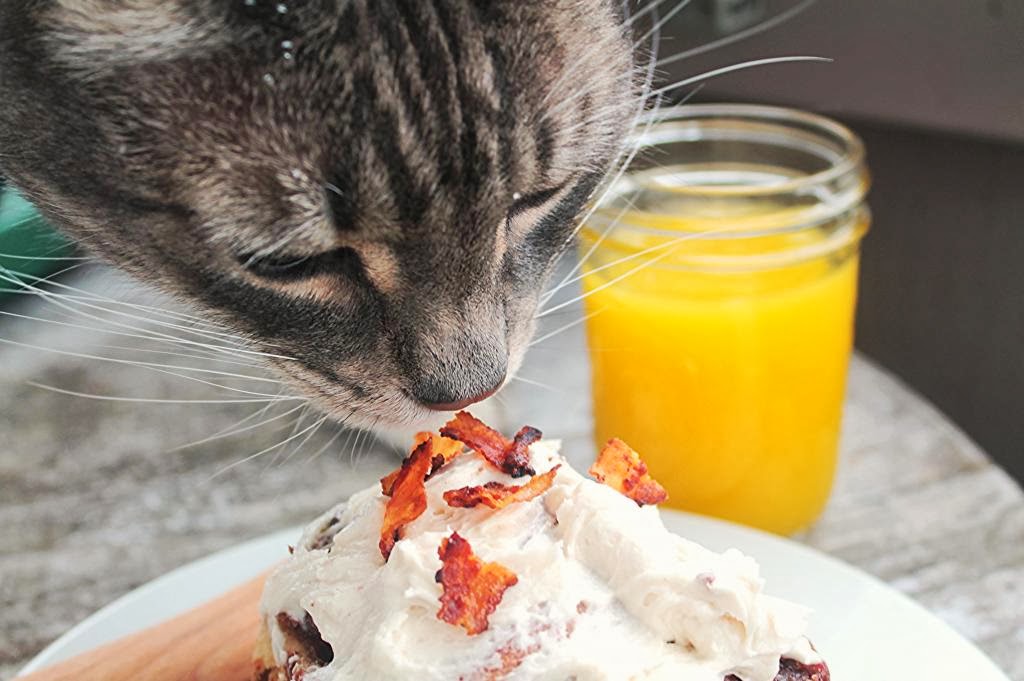 The kitty harassment continued into the eating phase. 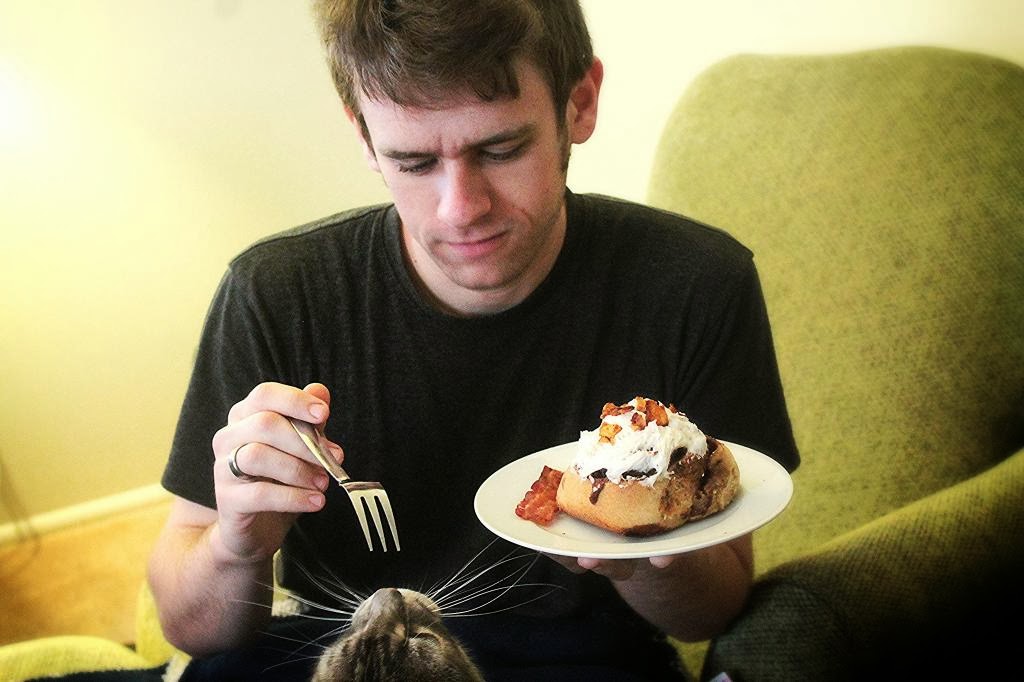 In a small bowl, dissolve yeast in warm water and set aside. In a large bowl mix milk, sugar, melted butter, salt and egg. Add 2 cups of flour and mix until smooth. Add yeast mixture. Mix in remaining flour until dough is easy to handle. Knead dough on lightly floured surface for 5 to 10 minutes. Place in well-greased bowl, cover and let rise until doubled in size, usually 1 to 1 1/2 hours.

When doubled in size, punch down dough. Roll out on a floured surface. Spread browned butter all over dough. Mix sugar and cinnamon and sprinkle over buttered dough. Sprinkle with walnuts, pecans, or raisins if desired. Role up dough and pinch edge together to seal. Cut into 4-6 slices.

Coat the bottom of baking pan with butter and cover with parchment paper if desired. Place cinnamon roll slices close together in the pan and let rise until dough is doubled, about 45 minutes. Bake for about 30 minutes or until nicely browned.